Start typing and press
Enter to search
Skip to content

So here I am again, back in Zambia Eastern Province, at the end of a long and gruelling year for the people here. Drought and famine have cast a shadow over some, especially out in the bush. President -elect Trump tells us that global warming is a myth; I’d love for him to come and see the real world, live like these guys do for a few months. But here at the community centre people are ever cheerful, loving, supportive of each other, and greeted me like a long awaited brother. And these last 2 days, the rains have started…fantastic… so we hope at least there will be crops this year. 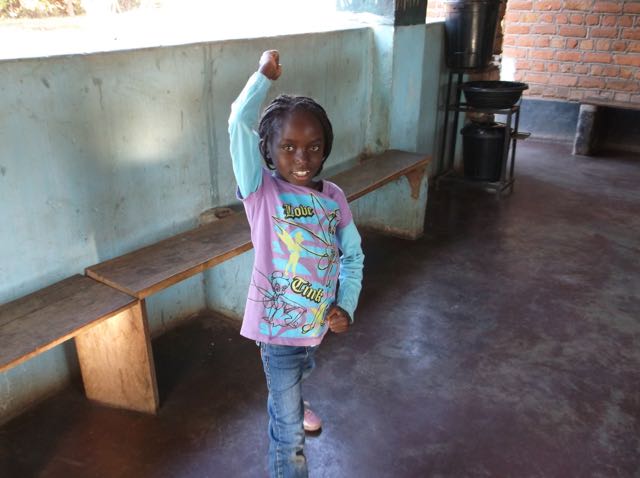 Ketty was very happy to see me. Now she’s got over the initial euphoria of having her personal muzungu (white guy) slave, she’s really bossing me about!! I can take it. We’re doing a bit of artwork most days, along with just playing, enjoying the environment. She learns really quickly, very acutely intelligent, learned the camera in a few minutes and went round taking pics of all the other kids. They tend to look on her as a strange one because she has no language and just makes noises, but with the camera she became the boss, ordering them into formation to take pictures. Hilarious to watch her suddenly bossing them around!

Her mum, Alice, and I went into the local town yesterday to buy school stuff. The place is different to our nice tidy streets and shops. Stalls line dirt streets with music blaring at max, and people staring at the white guy. But I’m ok, I’m accepted because I’m with Alice so I meet people and …suddenly…the place is friendly and fun. A tailor shop to buy school uniform has the tailors sitting at their sewing machines in the shop front. I love this place.

I gave Ketty a soft toy, cuddly dog that she now sleeps cuddled up to, and tomorrow I will give her the skipping rope that Bryony bought for her.

love to all, Tony

5 replies to Zambia 2, getting ready for school ?